Filmmaker, cinematographer & photographer, with Master's degree in Literature, he is Head of Communications & PR at the San Antonio de los Baños Film School, Cuba, where he works since 2007, and where he was a disciple of Nobel Prize Gabriel García Márquez. With production company Galaxia 311, he has photographed, produced and written feature films premiered at festivals such as Rotterdam, Toronto and Havana, among them The Dragon Defense, premiered at the Quinzaine des Réalisateurs, Cannes, 2017. He directed The Woman with the 7 Names, best documentary at El perro que ladra (France), Festival de las Alturas (Argentina), Cali Film Festival (Colombia) and Bannabá Fest (Panama). He is currently in the upcoming release of Window of Time, filmed in Antarctica with the support of NASA.

He's engaged in the production of Film, Documentaries & Series with production house Galaxia 311.

Everything stays in the eyes. With limited shots, the chance of the street, the fear of contagion, the unnatural separation of the bodies. This is the origin of this series, which is still in full development. Everything happens in Cuba, first at the International Film and TV School, San Antonio de los Baños, where some of the first cases of COVID-19 from Cuba were detected, and where there was a strict quarantine for two months. And the second stage occurs in Havana, where most of the country's infections are. But there is something curious: Cuba was already prepared for a pandemic. Social discipline, the usual shortage resulting from sanctions and the international blockade, makes this country naturally handle a social crisis like this pandemic. In the eyes there is security. There is strength. There is resistance.

Nicolás Ordóñez Carrillo is an unassuming Colombian photographer who has been studying and now working with the International School of Film and TV (EICTV) in San Antonio de los Baños, Cuba. To celebrate the school’s 25th anniversary he has prepared this series, eXtras, aimed at throwing a spotlight on the institution’s graduates, teachers, and, of course, the countless possible universes--imaginary, real, rapturous--that will continue to be forged in the vicinity of the San Tranquilino farm.

This is simply brilliant on so many levels and demonstrates a creativity, attention to detail and imagination that goes a long way to explain why the school has been so successful.
“..the protagonists of these pictures normally work behind the cameras, but this time agreed to being looked at, observed, haloed by Nicolás’s lens, and gladly took on the role of postmodern demiurges on the alert for the recreation of powerful myths in film, television, advertising, audiovisual communication..” Joel del Rio 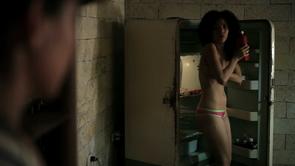 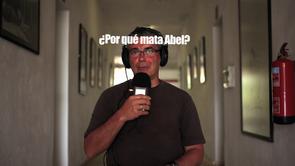